​​Traditionally, the 40th day after death is the memorial service day. And today’s ritual is in memory of the peaceful time back when our family was together, when I was not afraid of loud noises, and when we were nurturing our business all whilst making plans for the next holiday.

During this time, I managed to visit my children and hug my girlfriends who took care of them. I managed to do so in a week, of which 3 days were spent on the commute – by train, by buses, and by car. I felt this incredible support all around Warsaw: Ukrainian flags on local buses, volunteers who fundraise for Ukrainians, help centres, Ukrainian songs played by street musicians, crowded rallies in support of Ukraine. I think there is currently no country in the world which is closer to us (in all senses) than Poland. I did manage to distract my mind for these few days and dedicate time to walking around, shopping for presents, and celebrating my eldest son’s birthday. Kids missed our cats, so we took them to a “cat-café”. It turned out though, there were only four cats and many more visitors. Kids said that it was better back in Cherkasy.😊 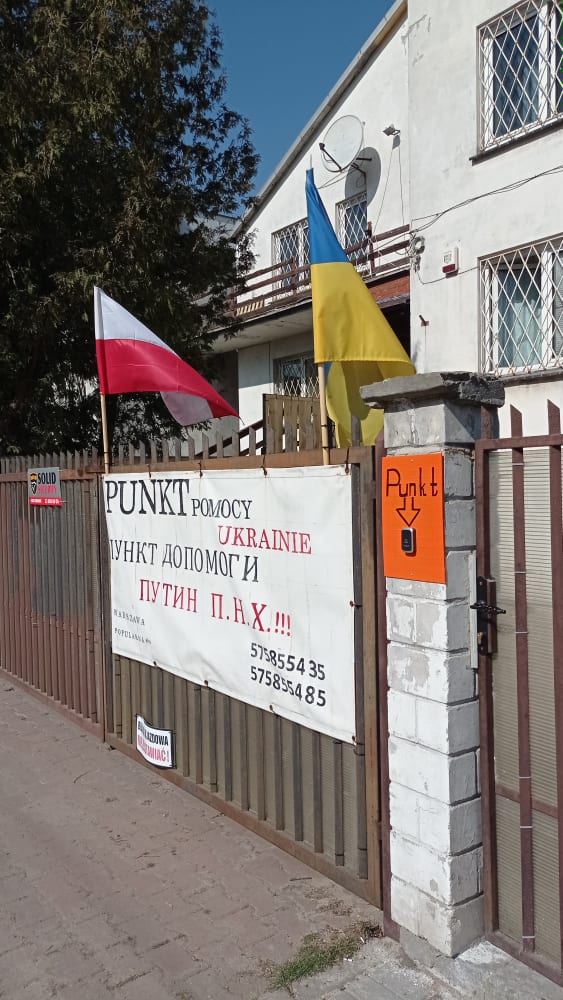 Straight after my return it already seemed to be a beautiful fairy tale: sunny Warsaw, my darling boys, the peaceful skies where only civilian aircrafts fly. The news about Lviv being struck by a missile came just on the day of my departure from this city. So, I left with an uneasy heart. My friends asked me several times if I wanted to stay, and I admit, I even considered it for a moment… But there was only one thing on my mind: if I have a choice, I must be at the place where I am the most useful, and that’s the only thing that matters now.

So here I am in Cherkassy again, it’s been a week already. And what greeted me in Ukraine were the cold, as well as the common blend of anxiety and excitement. I pack medicines, identify the needs, write emails to donors, collect donations, buy humanitarian aid, pay taxes, help my husband, take care of my pets, and do my best to support my relatives and colleagues. By the way, our bakery survived: we were able to pay the rent and ongoings, and get the staff back to work. The bakery now mostly supplies for refugees, and this is what keeps it floating. There was even story about us shot for the all-Ukrainian TV channel, and some footage from the story was included in the video “We are Cherkasy” and is shown now in the all-Ukrainian news marathon.

Generally, the economic activity in Cherkassy is gaining momentum: most establishments have opened, even the spa where I have a gift voucher to but had no time to go before the war. Moreover, Cherkasy musicians even held a concert in Cherkasy last Saturday. Job adverts have reappeared, and migrants are actively looking for housing. About fifty thousand people from the eastern, northern and southern regions settled in the area.

Along with these, even though I do something every day, it seems to me that it’s too little and too slow. It’s as if I am moving in the water where every motion is slowed down and requires extra effort. And I start being concerned about my effectiveness because everything around me is running fast as in an anthill. I sincerely admire this agility but cannot keep up.

And then the day before yesterday Bucha happened… Photos and videos of atrocities done by Russian soldiers… and I could do nothing after that. As if my hands and legs were bound, and the only thing I could do was watching the news, this footage of inhuman cruelty infinitely hurts my eyes. And after watching, you try to switch by cooking, cleaning, exercising, but this footage still stays in your eyes. It is impossible to unsee this, impossible to forget. And it hurts, especially knowing that a lot of areas are still under Russian control. And for certain, they continue committing these crimes. At this very time as I am writing these lines… How do you not lose faith in humanity? How could all the educated, rich, and powerful people let this happen? Frown their eyebrows, express their concern via tweets, and in fact – to sponsor a cannibalistic country that spits at all conventions, laws, principles.

And to somehow dispel this continuous darkness, Andrey and I began thinking about Easter. The day promises the victory of life over death, and the victory of light over darkness. We introduced the “hanging” pasochka (Easter cake) service: regardless of the person’s location, they could pay for an Easter gift for the military or refugees, and we will bake and deliver it. People will be happy, and we will enjoy it as well.

It became clear to us on the 40th day that everything is in our hands. If you want to resist evil, you fight: with bullets, with hands, with a word, with hryvnas (Ukrainian currency). If you want to make the world better, do good: bake bread, hand out humanitarian aid, comfort those who suffered. I am observing how all the grief and hatred of my fellow Ukrainians is transforming into even more active engagement. Every day I read dozens of stories of military and domestic heroism which happen right next door. Everyone of us already lost someone in this war: either someone was killed, or he was erased from our life because of the inability to distinguish black from white even in current reality. But we also gained something: the faith in ourselves, in our defence forces, in our heroes.